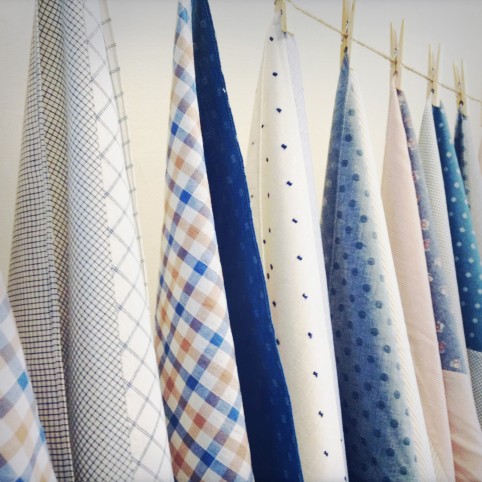 Founded in 2012, -CHIEF is a line of patchworked handkerchiefs made in America using Japanese fabrics. The full collection is offered in three sizes: handkerchief, neckerchief and kerchief.

Every collection is comprised of various patterns using a combination of fabrics including chambray, cotton, linen and wool. Each -CHIEF is meant to be both a stylish accessory and a functional essential.

Please view our stockists page for stores where -CHIEF is sold. -CHIEF goods are a trademark of Chief-Made, LLC. 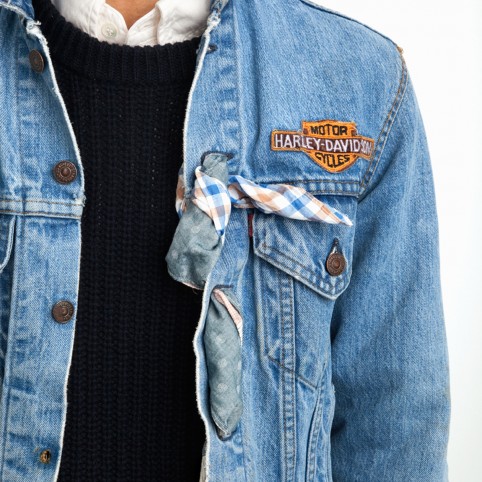 Theodore Yemc graduated from the Rhode Island School of Design in 2007 with a BFA in printmaking. His first foray into the fashion world started in high school when he produced men’s streetwear and snowboarding jackets under his label CYTE (an acronym of his full name).

Working as an artist assistant in New York’s summer heat,  Yemc quickly wore through the drawerful of handkerchiefs he inherited from his grandfather. In a moment of innovation, he made new handkerchiefs from pieces of old dress shirts. These handkerchiefs, born out of necessity, would later become the foundation and inspiration for -CHIEF.

In addition to sewing, his skills extend to printmaking, woodworking and painting. He grew up in Newtown, Connecticut.